Ed Corney: Comes back stronger and sharper for the ‘ 77 Olympia – his positive philosophy pulls him through:

Corney took stock of himself, you might say. He made radical changes! For the 1977 Mr. Olympia contest Ed Corney turned up weighing 174 pounds, three pounds lighter than he was the year before. “But I was bigger than ever before,” he says, eyes alight with the glow of achievement, of satisfaction. “I was much sharper, my definition was so much better. I really though I’d have done better in that contest. But you listen to what the judges have to say at the end of the day and you abide by it. That’s the name of the game. It’s the way things are and you try to play by the rules or get out. I’ll be back in ’78 better than ever. You wait and see!”

Ed Corney is no spring chicken. He has been married fourtimes, has an 18-year-old daughter has been bodybuilding close to twenty-five years. Still the matter of age never enters his mind.”People are always saying how fantastic I look at forty-five and I sometimes wonder what the hell they expect. I feel great, as I have al ways felt. My energy is not as good as it was when I was nineteen or twenty, but then at my age I don’t do the crazy things I did back then either. . . I don’t need that kind of energy anymore. My energy comes from my head these days. . .” And he laughed.Bodybuilding is more than just sport to Ed Corney. For awhile now it has been synonymous with his existence. Hear him: “It has been good for my mind and body. Bodybuilding has also been my saviour. Kept me out of trouble.”I remember once that I lost my cool, something to do witha bad marriage. Hey, I was going to do something really desperate. But then I got a grip on myself, decided I was going to put my everything into bodybuilding, you know, I set myself some new bodybuilding goals. . . so as to occupy my time, my energies. Well, I was able to put the negative stuff out of my system.”

I told him something Ken Waller had said right after the1977 Mr. Olympia contest. Ken had expressed the view that the contest had been watered down to the point where it was no longer the true test of a man’s status in bodybuilding, not in the sense of having the best developed physique. The way Waller saw it, the Olympia was little more than a popularity contest nowadays.Corney considered the view. Then he said, “Well, Kenny is entitled to think whatever the hell he likes. But I hope he’s not thinking about the reaction to my posing. I did not have any of the magazine publicity that he and the others out there in Southern California got each month. In fact,for a whole year nothing whatever was written about me. It never bothered me, however. I just made up my mind I wasgoing to be in the greatest possible condition and then I’d leave the rest to the judges. I should point out that publicity is fine only if you can live up to it on the day of the big contest. Obviously, some people can’t do that!” 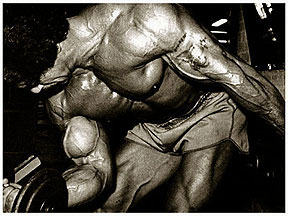 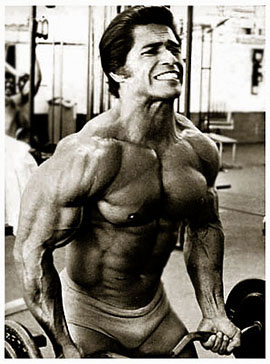