Pumping Iron – The Movie: a huge step forward in Ed Corney’s public recognition:
“It was after I took the Universe title in Bagdhad,” he said,”that Arnold Schwarzenegger talked me into turning professional and competing in the 1975 Mr. Olympia contest that was staged in Pretoria, South Africa. My performance there was fair I suppose. I placed second to Franco Columbo in the under 200 pounds class. . . But I learned a lot about myself in that contest. “I never dwell on negatives. Right after the results of the contest were announced, I made up my mind to do much better next time around. My concentration is such that defeatism doesn’t stand a chance. I have a very strong mind.”

He admits Pumping Iron, the book and the movie, did much for his self-confidence. Which is not surprising when you consider a picture of him with his arms raised overhead decorates the cover of “the best-selling sports book in history.” Besides, when it came to publicising the movie it was Corney who was again called upon to model for posters. “When Frank Zane, Arnold and I appeared at the Whitney Museum of Art in New York,” he says with due pride, “it was my picture that was used to advertise the symposium. All of it has helped get my name before the general public and I have benefitted from the publicity.

“His appearance in the 1976 Mr. Olympia contest was strictly forgettable, nevertheless. He offers an explanation: “I completely mistimed my training for that one,” he says, caressing his thick mustache with his right forefinger. “I peaked out too early for that contest. It’s something many fellows do, a mistake, and you’d think with my experience I would know better. But we are all susceptible. I was so damn confident after my placing in South Africa, people were paying me all kinds of nice compliments, I was doing a lot of personal appearances and there were the standing ovations everywhere I appeared. Yes, I lost my head, lost sight of my goal. . . blew the whole damn thing.” But Corney being Corney, there was no time for tears or regret or blaming it all on crazy judges. No, the day after the 1976 Mr. Olympia Ed took himself to a quiet place to meditate, to contemplate his bodybuilding future, consider where he might have gone wrong. 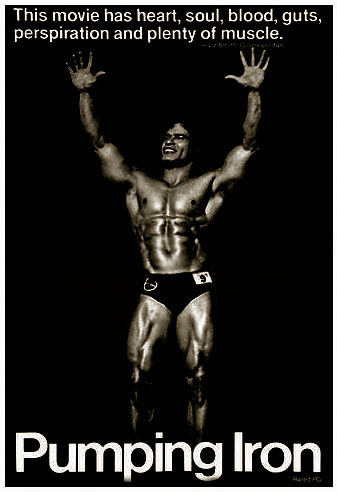